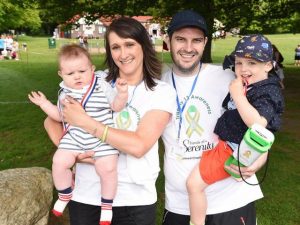 Hi, we are Jo and Mark Edwards. We set up Friends of Serenity in 2013 after we lost our son Luke due to Trisomy 13. We wanted to keep Luke’s memory alive and use our experiences as bereaved parents to support others. We began by making Trisomy 13 ribbons to help raise awareness and our charity snowballed from there. We are so proud of all the things we have achieved over the last 7 years and know that Luke is watching over us and feeling proud of everything we have achieved in his name. Thank you so much for visiting our website and finding out more about us. Any donations are gratefully received as they really do help so many other people at such a difficult time in their lives.

My name is Lil and I have been a trustee of Friends of Serenity since it was first set up by Jo and Mark. Jo and I have been friends for almost 20 years, and I was heartbroken for her when she told me the news about Luke. My children had been so excited to be getting their new “cousin” and I know they would have all had so many happy times together if things had been different. When Jo told me that she was setting up FoS and asked me to come on board I was delighted to be asked.

Not only do I get the chance to support my friend as she does this amazing work, but it also gives me the chance to help Luke’s memory live on. Having lost my first baby due to an ectopic pregnancy I understand some of the feelings of loss and confusion that arise when we don’t get to take our babies home and I am so pleased to know that I have helped bring some comfort to families as they navigate their way through such awful times. 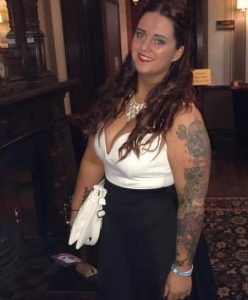 My name is Natalie and I became a Trustee at Friends of Serenity just under four years ago, shortly after my little boy, Otis, was stillborn at 35 weeks gestation in June 2016. Inspired by their vision to improve bereavement services, offer much needed support and guidance, and the provision of those all-important memory boxes, it felt like the perfect way to honour and remember my little boy.

Knowing that the charity helps other bereaved parents and provides people with memory making opportunities that they would otherwise not be able to make makes being a part of FoS incredibly fulfilling.

My name is Rosie and I am honoured to be a trustee of Friends of Serenity. I am married to Ben and we first came to learn about the Friends of Serenity after the premature birth and loss of our son Oliver on 20th December 2016. I suffer with Polycystic Ovary Syndrome and we began our journey to become parents since we married in 2012 and all of our babies were a result of fertility treatment. Unfortunately, our first two pregnancies ended with early miscarriages at 5 and 7 weeks. Our first encounter with FoS came after I went into unexpected pre-term labour at 22 weeks and 3 days with our son, Oliver.

The provision of their memory boxes is what allowed us to help make memories that would last a life time – take pictures, get precious imprints, and to have time in the bereavement suite where our families were able to come and meet Oliver.

Our second encounter with FoS was after our miscarriage at 8 weeks gestation. We received a beautiful keepsake of Forget Me Not seeds and this baby was honoured the same way Oliver was. It was after this I contacted Jo to get involved and subsequently became a trustee.

I have been fortunate enough to go on to have a healthy rainbow baby, Evie, and the support Jo and the other trustees have given us throughout the anxious and bittersweet pregnancy has been invaluable and I’m so pleased we’ve been able to recently launch the rainbow boxes for others going through the same. 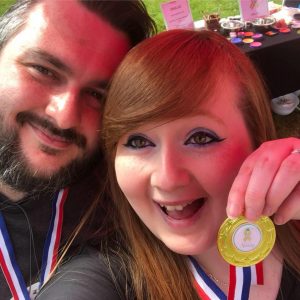 Our names are Stacey and Andrew and we have been trustees to Friends of Serenity since 2018. We learned about FoS in 2017 when we lost our first baby, Harry, in November that year. I went from heading to my baby shower on the morning of the 11th to ending up in hospital that evening, very poorly and finding out we had lost him. We had severe preeclampsia which caused us to have a placental abruption.

They had to perform an emergency c-section to ensure I made it through, but it was touch and go for a while. I had to have multiple transfusions to keep me going. Harry was then born on 12th November at 4:47am We spent 3 or 4 days in the close observation ward where we got to spend time with Harry in the cold cot provided by FoS. I couldn’t do a lot as I was hooked up to so many machines, but we both got the chance to hold him.

A lot from then is so hazy but what I do remember is the chance to hold him, getting his hand and footprints and being able to tell him that we love him. We got that chance because once I was able to leave the close observation ward, we were able to stay in the serenity suite, funded by FoS. It was a little home away from home where we got to make some memories with our son. We got to write him a letter in the memorial book, take photos and so many other lovely things.

We are lucky enough to have our rainbow baby now, Noah, but he wouldn’t have been possible without all the continued support from FoS and the way they bring parents together. We are both very honoured to be part of the team and will always be grateful for all they did at a time when we forgot how to function.