About Us Causes Contact Us Donate Events Recent News

What is Friends of Serenity?

Friends of Serenity is a charity that was set up by Joanne Edwards in 2013 after she lost her son Luke as a result of Trisomy 13.

Friends of Serenity aims to preserve and protect the health of sick and pregnant women and those who suffer miscarriage, still birth or neonatal death in particular but not exclusively by:

i) Providing and assisting in the provision of facilities and equipment at East Lancashire Women and New Born Centre not normally provided by the statutory austerities.

iii) Providing qualified information on the chromosome disorder Trisomy 13 for the public benefit.

Trisomy 13 is a genetic condition also known as Patau syndrome. With Trisomy 13 there is an extra copy of chromosome 13 in each cell. All babies with trisomy 13 will have a wide range of problems, unfortunately these problems are usually extremely serious, these may include major brain abnormalities leading to learning difficulties. Many babies also have heart problems, a cleft lip and palate, poorly formed eyes and ears, and problems with their arms and legs. It is difficult to say how serious the effects of partial and mosaic trisomy 13 will be before the baby is born. There are three forms of Trisomy; Complete, Partial and Mosaic. Complete trisomy 13 is when every cell in the body has three copies of chromosome 13. Complete trisomy 13 is life limiting, many babies not surviving to birth. Babies with partial and mosaic trisomy 13 may survive to adulthood, but this is rare.

The Serenity Suite at East Lancashire Women and Newborn Centre is a delivery suite which has been made comforting for women who are ill during pregnancy, labour or soon after birth due to life limiting syndromes and illnesses. This is a home from home, making a distressing time a little gentler. Unfortunately there are times when more than one women needs access to this suite at the same time, meaning some women don’t get to use this facility. On June 10th 2015 Friends of Serenity saw their 2 year project come to fruition after they opened their ‘Butterfly Suite’, enabling Burnley hospital to have a 2nd bereavement suite. The charity designed and funded the room, building, furniture and other contents, whilst also refurbishing the Serenity Suite.  Both rooms are updated and continually developed by the charity as required. 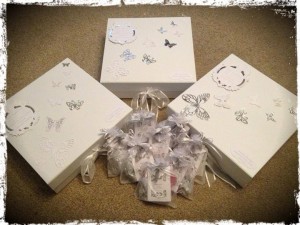 Luke’s Angel Friend Memory boxes are to support families in collecting cherished memories of their baby, no matter what gestation they are born. We were pleased to have delivered our first 10 of ‘Luke’s Angel Friend’ memory boxes to the hospital on Monday 23rd December 2013 and have since donated 1000’s of boxes. We have tailored our memory boxes to make them appropriate for a wide range of gestation starting as early as 13 weeks. ‘Even the smallest of footprints have the power to leave everlasting footprints upon this Earth.’ Within these boxes are products that we feel will prompt and provide opportunities for parents to create cherished memories if they wish to. In each box is a small blanket and hat which is made with love for each angel and a small item of clothing to dress them. Our miscarriage keepsakes are given out to anyone who has suffered a miscarriage, providing the message… ‘We care about your baby and we are sorry for your loss’. In these there is a small box of forget me not’s and an angel keyring. The tiniest hat, wrap or blanket is provided as a keepsake, or to dress baby. 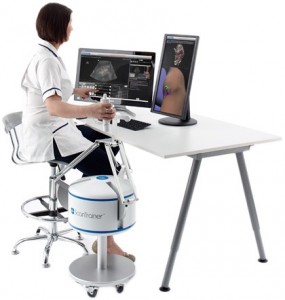 For many years East Lancashire hospital trust have been focussed on trying to prevent stillbirths. We are aware that one of the preventable causes of stillbirth is babies that have not grown appropriately, intrauterine growth retardation or IUGR. A Medafore Scan Trainer, a simulation tool for ultrasound to assist learning basic skills before live scanning on patients, was acquired in May 2016, costing £84,000. Friends of Serenity contributed £25,000.

In March 2016 we paid for and provided a scanning bed for a new midwife led clinic, to scan patients within 48 hours from first referral. Together, these two vital pieces of equipment will contribute towards the care women receive to support the reduction in stillbirth in East Lancashire. 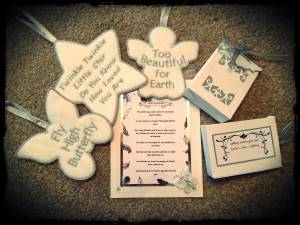 Donating multicultural and sibling books to families to support in the loss of a baby.

Providing postal orders to cover the costs of birth and death certificates.

Contributing £3500 towards a cold blanket for Royal Blackburn Hospital 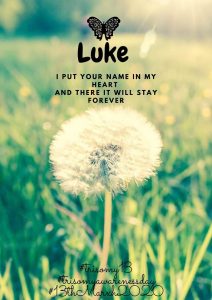 A letter from Luke…..

Mummy and Daddy were very shocked and so happy when they found out they were expecting me. I made Mummy very poorly though. She was so so sick! She used anything from sickness bands to eating lots of foods containing ginger to make her feel better.

Mummy and Daddy found out very early on that I was poorly after Mummy had an additional scan. Grandma attended this scan with Mummy as Daddy was stuck at work. I remember I could hear them talking about how big I looked on the screen. Mummy and Grandma were so happy until at the end of the scan Mummy was asked to sit back on the bed. The sonographer told Mummy she had seen some things that were wrong with me. She mentioned a few things which made Mummy cry. Grandma held her hand. The lady said she didn’t know what was the matter but they knew my brain, heart, kidneys and mouth didn’t look quite right. Mummy was then ushered across the corridor into another room to wait for her consultant. The consultant came in saying she thought I had something called ‘Edwards Syndrome’ … ironic considering my surname is ‘Edwards!’ She spoke of little hope for me. Mummy had to ring Daddy to come to the hospital immediately.

The next day Mummy and Daddy went to the Fetal Medicine Unit at St Mary’s in Manchester. They sat in the waiting room. Another couple were there too. They had the same terrified look as my Mummy and Daddy. Eventually they were called in and had a scan. The lady with us didn’t speak much, she had Mummy moving round on the table and commented that I kept moving and measurements were hard to find. Mummy was on the bed a long time. Her back started to hurt and spasm. The lady was finally done and Mummy and Daddy were taken into another room, another side room and counselling room. Mummy and Daddy were sat waiting and in came the consultant with the midwife. The midwife gave a scan picture of me. The last they received of me. Then they went through what was found on the scan and wrote what can only describe as a shopping list of things wrong with me. Mummy had an amnio.

Three days later the phone rang. The lady introduced herself. It was the midwife who was in the counselling room. ‘Joanne… it’s a real nasty one, it’s Patau’s syndrome’ (Trisomy 13). Mummy had to put her on the phone to Daddy as she couldn’t talk for tears. After the conversation they shortly received another call from the genetics department at St Mary’s where they went the following day. They went through statistics and spoke about the syndrome. She told us it was a fluke that I had Trisomy 13. Something that happened when I was conceived.

Mummy and Daddy had more midwife appointments and appointments at Genetics. Mummy would cling onto her belly, telling me it would be ok, I was loved and was safe but I was struggling to keep on fighting and I had to let go. Mummy could no longer feel my little movements. I had gone.

Days later Mummy and Daddy went to Burnley to have me. I was born in Room 2 on Birth Suite. Mummy wrapped me in her Christening blanket as I was so small she didn’t have any clothes or a hat for me. She kept me safe. You see there wasn’t a cold cot, memory box, photos, or hand prints and the time Mummy and Daddy had with me was short. They soon had to say goodbye. Mummy and Daddy asked the midwife to take me away and look after me as they didn’t want to leave me on my own in the room. 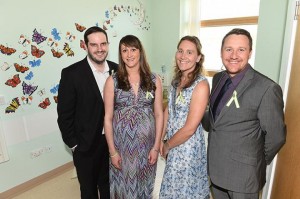